Enchantingly situated on a hill overlooking a spectacular view of the mountains sloping first towards the hills and then up to the sea, San Ginesio, which for this reason has earned the nickname of “balcony of the Sibillini”, boasts a historic core that is circumscribed from a beautiful and mighty city wall, it maintains the medieval structure intact and welcomes a prestigious historical and artistic heritage.
San Ginesio, located in the hinterland of Macerata to 690 s.l.m., from here you can enjoy enchanting panoramic views and horizons ranging from the Adriatic to the Gran Sasso, from Monte Conero to the Sibillini, those “blue mountains” so dear to the Marches poet, Giacomo Leopardi.

The origin of the name is attributable to the homonymous Santo Ginesio (Patron of actors and musicians), a mime actor and Roman musician, who was a martyr, beheaded by the emperor Diocletian.

It is a country rich in history, art and traditions that evoke and witness its important millenary past, full of charm and glorious actions.

The story is linked to the events of the time and especially to the wars with the city of Fermo with the construction of the imposing walls that are interrupted only to meet the ancient entrance doors to the homonymous municipal districts (Picena, Offuna, Ascarana, Alvaneto).

The masterpiece of architecture, unique in the Marche region for its “gothic flowered” style, is the Pieve Collegiata that dominates the central square dedicated to the most illustrious son of San Ginesio, Alberico Gentili (1552-1608), jurisconsult founder of international law, master of jurisprudence at the University of Oxford.

The art gallery (ancient and modern) and the numerous churches, are true galleries of works of art with frescoes by Giotto school and with works by Salimbeni, Ghirlandaio, Simone De Magistris, Pagani, Zuccari and Pomarancio, just to mention the best known.

It is a welcoming country that offers tourists tasty wines and local products, peaceful stays surrounded by unspoiled nature and the opportunity to enjoy a healthy climate.

San Ginesio is part of the Sibillini Mountains Park and is “a common friend of itinerant tourism“.

For these environmental, landscape and liveability features, and for its historical, architectural and monumental peculiarities, San Ginesio has been awarded the “Bandiera Arancione” mark, certified by the Italian Touring Club and is part of the prestigious “I Borghi più Belli d” ‘Italy“.

In 2010 it hosted the 5th Festival of the Most Beautiful Villages of Italy (1st International Festival) and in 2012 the National Exhibition of the Orange Flag Countries, two important initiatives that attracted thousands of tourists from all over Italy and who have significantly contributed to increasing the tourist flow.

Historical re-enactments are linked to the medieval tradition which, in period costumes and costumes, revive the main historical events of the Sanginesini:

“medievalia“, a week of re-enactments, contests and games of the period that take place from 10 to 15 August and which culminate with the award of the Palio cavalleresco, among the four challenging contrade;

“La Battaglia della Fornarina“, which recalls, in a breathtaking scenery, the deeds of the young woman who on the night of 30 November 1377 managed to thwart the Fermani attack on the castle of San Ginesio;

“The return of the exiles“, a triennial appointment with the municipality of Siena, founded on the history of the 300 citizens of Sanginesino, exiles for political reasons, who were welcomed back in 1450 thanks to the good offices and the intercession of the government of Siena he had welcomed them and appreciated them for their human and military gifts.

The theatrical season in the historic nineteenth-century theater named after Giacomo Leopardi, the exhibitions and concerts organized by the local musical associations, the “Gentiliane days” in honor of Alberico Gentili programmed by the CISG -International Center for Gentile Studies for legal scholars, and other important events linked to particular moments of city life, make the stay in San Ginesio welcoming, varied and pleasant. 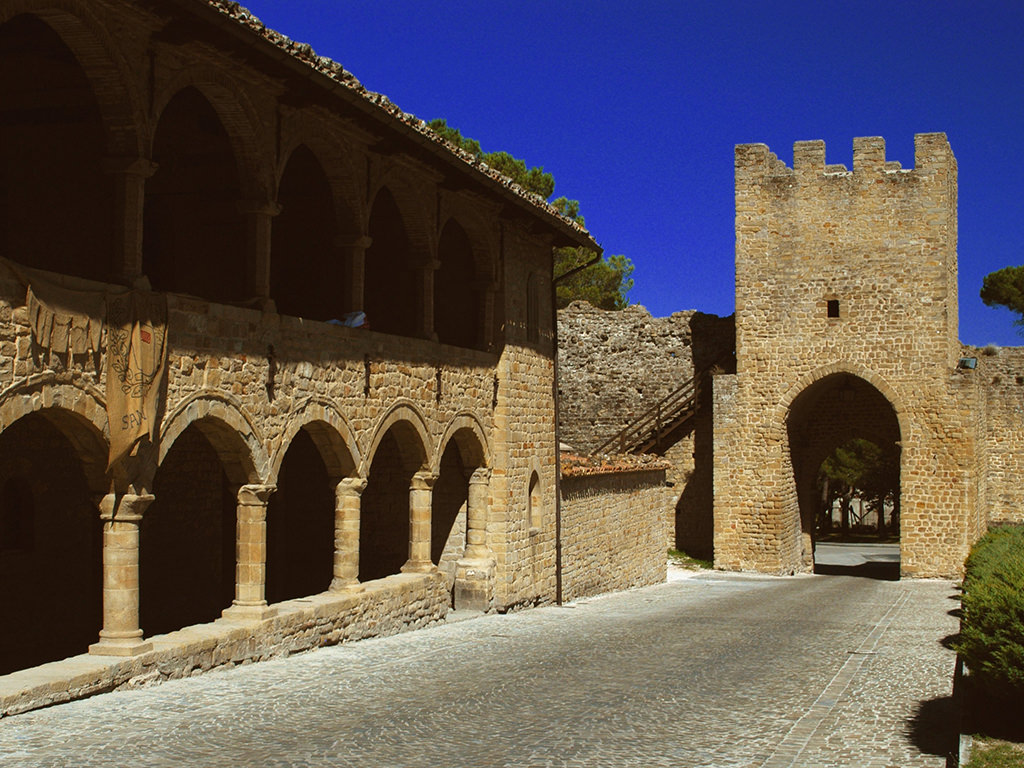 torna all'inizio del contenuto
This is the section of the institutional site of the Municipality of del Comune di San Ginesio dedicated to tourism. For information regarding the organization, go to the home
This site is made by

according to the main accessibility rules | Credits | Privacy | Legal notices